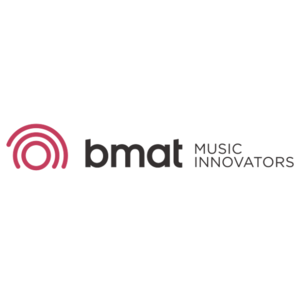 BMAT tells everyone what music has been played so that artists get the recognition they deserve. No matter if it’s a pop song on TV, a jungle track at a beach club or a ukulele cover on a digital video stream. We hear everything everywhere and tell everyone who wants ...

to know. In other words, we can tell when and where any song is played and provide the metadata describing who owns the rights to each track.

BMAT specializes in monitoring music globally across TVs, radios, venues and digital services. Our music monitoring and reporting services are a neutral source of data available to any party involved in the value cycle. We offer music identification services for more than 100 Collective Management Organizations (CMOs) and over 2000 record labels, digital services providers (DSPs) and publishers across 134 countries.

Today, our monitoring platform delivers 92 million identifications per month, and overviews 230 million digital transactions per hour. Every hour we analyze the equivalent of 1 year of recordings to detect content within an audio reference database that contains 500 years of music, increasing at a rate of 1.5 million new tracks per month.

Relationships Are Why Radio’s Future Promises to Be Strong

This year, World Radio Day is dedicated to diversity — diversity behind the mic and in the newsroom, diversity in the airwaves’ music and ideas. This focus comes at just the right time. Radio and radio-like audio are poised for growth, so long as they can woo younger listeners by reaching them where they are, via digital products like streams and podcasts.

Radio knows how to create value for listeners and sponsors. Radio is great for discovery, as trusted voices introduce us to new sounds, new artists and new thoughts on cultural or political developments.

New digital platforms and media are inspired by radio’s time-tested formats. Efforts on the part of streaming services to grow their user base, for example, draw on radio’s ideas, linking music, engaging talk, friendly conversation and other elements into personalized radio-like channels.

PODCASTING
The podcast boom shows that the human element outweighs the algorithm in creating this value for listeners. The majority of broadcasters see podcasting as a good opportunity, one way or another.

We at BMAT see this as one of the largest global monitors of broadcasting for reporting purposes, carrying out 24/7 tracking of around 8,000 channels across 134 countries.

Podcasts offer potential listeners a chance to catch a beloved on-air personality whenever convenient for the listener. Podcasting lets broadcasters expand their offerings, curate experiences for specific audience segments and, importantly, experiment with new sounds, approaches and perspectives. Podcasts are a great springboard for diversity, allowing new voices to find and build an audience.

We need to nurture these new voices in order to keep radio’s audiences youthful. For music radio in Spain, where BMAT is based, the average age of listeners is 40, which means there aren’t a lot of teens tuning in. Especially in first-world countries where there are so many other options, Gen Z and millennials are elsewhere. They’re still tuning in, still listening, but not as much. Broadcasters need to think about how to engage with these audiences. This doesn’t mean we should abandon terrestrial broadcasts, but instead, we could let new formats cross-pollinate with tried-and-true approaches.

We need to nurture these new voices in order to keep radio’s audiences youthful.

These approaches endure and can flourish in the future, I believe, because they involve real human connection. Radio is the most widespread medium on the planet, and worldwide, its penetration is still higher than the internet. For many listeners, radio is still the best, if not the only, way depending on their location, to hear new sounds or catch up on news or important issues.

Jose Torrabadella is VP of broadcast at Barcelona-based BMAT. He works with the monitoring and reporting of song information, duration, audience and context for broadcasts on TV and radio channels across 134 countries.